Message from the President of INLA

as my time as President of the Association draws to a close, I would like to first look back and then forward. Looking back, I think of all the effort that went into preparing for and conducting the Congress held last October in Buenos Aires, the third Nuclear Inter Jura in the Latin America region. 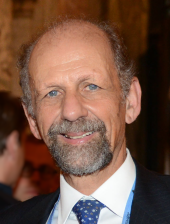 From the feedback I received, it went quite well and was enjoyed by the participants. The scientific programme was of a high standard as can be expected from an INLA conference and the social programme offered the opportunity to meet with old friends and to make new ones. I am therefore grateful to all those who made that successful meeting possible and, particularly, my Argentinian colleagues.

Looking forward, I wish my successor, Els Reynaers Kini, every success for her term and I have no doubt that all members will give her the support she will need as President of our Association. This will be the first time an INLA Congress is organized in India.

To conclude, I would like to wish all our members warm Season’s Greetings and a happy New Year.”

“Thank you, Rafael, for your kind wishes! 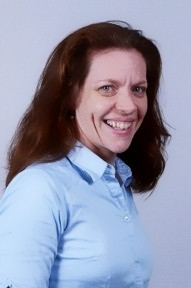 Taking over the INLA baton from you is both an honour as well as a challenge. The recently concluded XXI INLA Congress in Buenos Aires was organized to perfection, and offered an impeccable blend of thought-provoking presentations and discussions as well as social gatherings in amazing venues which offered all INLA members the opportunity to interact in an informal manner.

The Nuclear Law Association of India (NLAI) is thrilled to host the XXII Congress in New Delhi in 2016, building on the long lineage of INLA congresses started in Karlsruhe in 1973. It being the first Congress in the South Asian region, we will strive to offer a platform that reflects topical issues of relevance to this region along with its global repercussions, and put together a program which addresses contemporary issues of interest to all INLA members.  Importantly, it will be NLAI’s endavour to live up to the old Sanskrit proverb “Atithi Devo Bhava” (an ideal person should try to “treat the Guest as God”) which is culturally strongly imbibed by all people in India. It is, indeed, our aim to ensure that your experience in India will be memorable!

With this, I join Rafael in wishing you, your family and colleagues the very best for 2015!”